Alexander McClure was 17 years old in 1780 when he joined the Virginia Militia as a private under Captain Samuel Wallace.

Descended from Scots-Irish immigrants, McClure was born August 1, 1763, in Augusta County, Virginia (later Rockbridge County). He first served for a three-month period around Portsmouth and was honorably discharged. In the late summer of 1781, he signed up for a second three-month period under Captain Campbell, marching from Rockbridge to Richmond and then to Yorktown. He participated in the Siege of Yorktown, which saw the surrender of General Cornwallis and the end of significant hostilities in North America. 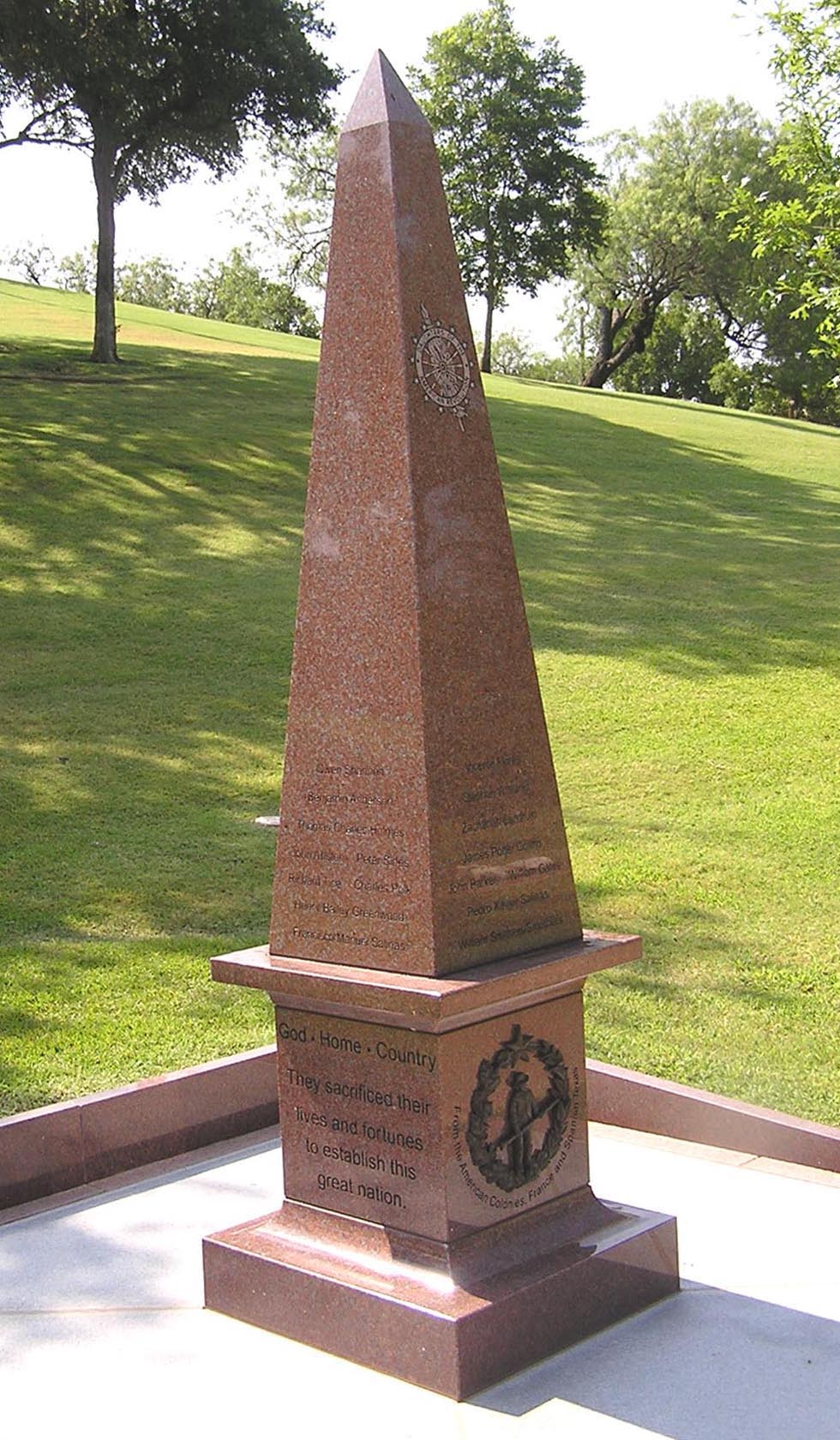 Alexander McClure was at the Surrender of Cornwallis, illustrated in this painting by John Trumbull which hangs in the U.S. Capitol.
❮ ❯

In 1783, McClure moved to Kentucky, settling in Woodford County and purchasing a farm between Grier’s Creek and Mortonsville.

There he married Nancy Dupuy, whose family lived nearby. The McClures thrived and prospered, and the couple had seven children: Samuel, William, Mary, Bartlett, Alexander, Abraham and Achsa. They lived in a large, two-story red brick house.

In 1830, McClure’s son Bartlett, drawn by the lure of land and opportunity, moved to Texas with his wife Sarah Ann and her family. They settled in Gonzales County, becoming well known. Ten years later, his son’s westward immigration would become significant to Alexander McClure’s story. On January 17, 1842, at the age of 78, McClure applied for a Revolutionary War pension. Two months later, on March 4, he executed his will, specifying bequests to his children and also to the widow of his son Bartlett and her young son Joel Dupuy McClure. Apparently, his wife Nancy died sometime previously. Alexander McClure then set out for Texas, presumably to join his son’s widow and family in Gonzales. The trip would have been a long and arduous one, taking him down the Ohio River, then the Mississippi River to New Orleans, and finally to Galveston, Texas. From Galveston McClure would have boarded a steamboat up Buffalo Bayou to Houston. In Houston McClure became ill with a fever, dying on July 6, 1842, according to the obituary in the Texas Telegraph, Houston, Texas. His name is engraved on the Texas DAR Patriot Monument in the Texas State Cemetery, Austin, Texas.